It’s nearing the time of year when bulls go out out to do their jobs. So yesterday there was some moving around of animals to get ready.

One bull (a purebred Angus) has been in a pen in the barn for a while because he was determined to escape to join the cows and start to work early. Only the tall steel gates would keep him in… So the girls and I were pretty familiar with him as I fed him after school every day and they talked to him through the fence while feeding the bottle calf.

During the day yesterday Lynn swapped him to another farm and put another bull (an Angus/Gelbvieh cross) in his place. Bulls are full of attitude and sometimes fight when you put them together, so they typically don’t share smaller spaces. (Occasionally they fight to the death… hormones are a lot stronger than sense in bulls)

Anyway, a new big black bull was in the barn at feeding time. And close up, big black bulls look pretty similar to the non-discerning eye.

Caroline noticed something was off while she was feeding the bottle calf the next pen down.

Me (letting her figure this one out on her own) “Mmmhmm”

Caroline studied him for a few minutes…taking in all the angles.

“Oh Mom. I see. His testicles are bigger. Huh. This is a different bull!”

I tried to hide my laugh. The things farm kids notice!!

Over breakfast this morning she brought it up and we had a family conversation about livestock testicle size and how it correlates to fertility and how crossbred animals have the benefit of hybrid vigor/heterosis…and WHY Lynn is using the purebred bull with that group of heifers. (It’s because that specific bull has smaller calves)

It might be a little “country cousin” to have this talk with our 8 year old over the generic-nutrigrain-bars and orange juice but I’ll count it as a science lesson with a touch of genetics thrown in.

It’s also a reminder me that you never know exactly WHAT kids will notice! 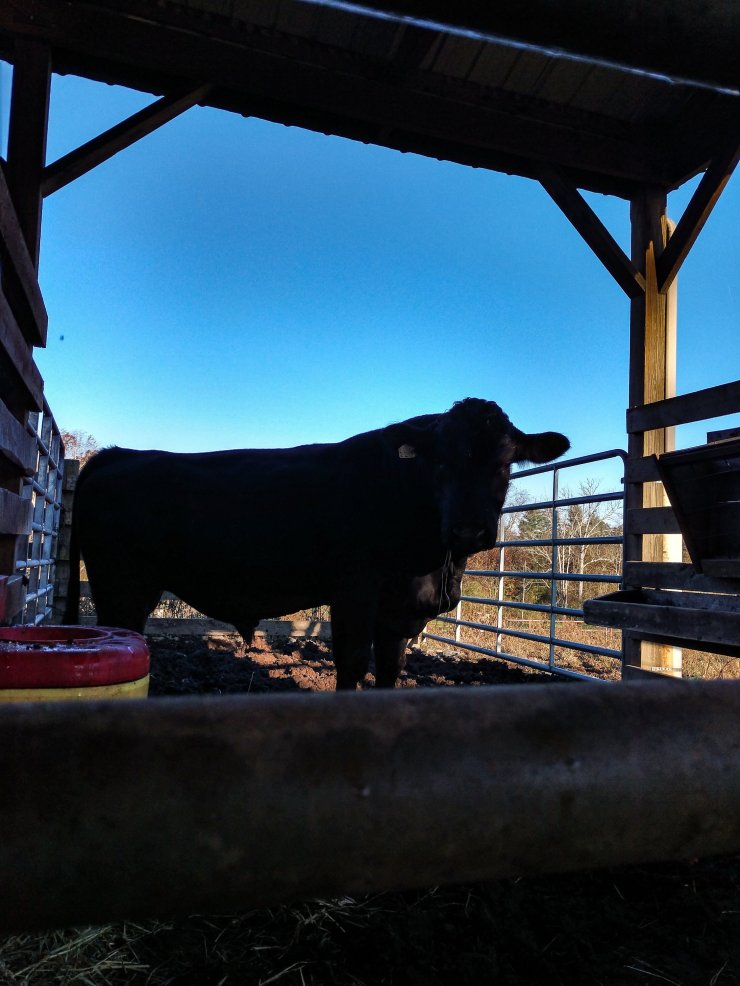